The meaning of the Asuncion clan’s surname 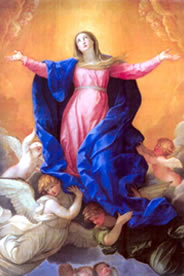 The clan’s name comes from the mystery called “La Asuncion De Nuestra Senõra” or the Assumption of our Lady both body and soul to heaven. This mystery express Mary^s indissoluble bond to Christ (John Paul II’s Encyclical Redemption Mater 25-11-1987). We, the Asuncion’s are invited to praise God for the honor and blessings we received; likewise, fulfill with joy our mission in life as we aspire with tender love to bind our relatives forever, overcoming differences so that this tradition of being together may endure through generations.

Vision: That ike Mary, our lady of the Assumption, we, the Asuncions strive to discover and fulfill with joy our respective mission in life, pray for each other’s sanctification and be channels of grace to others.

Mission: Inspired by Mary, our blessed Mother’s indissoluble to Christ, we are moved to cherish and support one another as we endeavor to praise God and serve others in whatever state of life we are in.

” We fly to your patronage O Mary, Nustra Senõra de la Asuncion, so that each one of us and the succeeding generations in the Asuncion clan, may grow in our love for one another by imitating the enduring love of your son, which took you, His Mother, into heaven. May we always be united, striving together for the common good and if need be, sacrificing anything that threatens the special grace of our common ancestry. Through your powerful motherly intercession, may the Lord Jesus Christ hear and answer our petitions. Amen!” 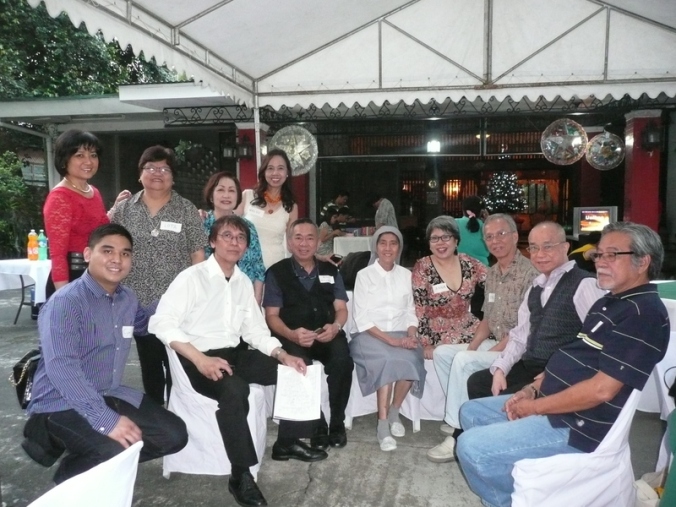 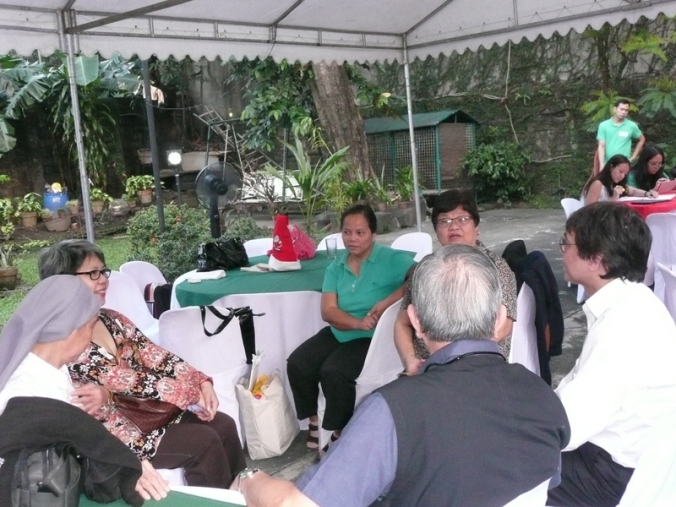 Happy to be together and talk about plans for the next gathering. 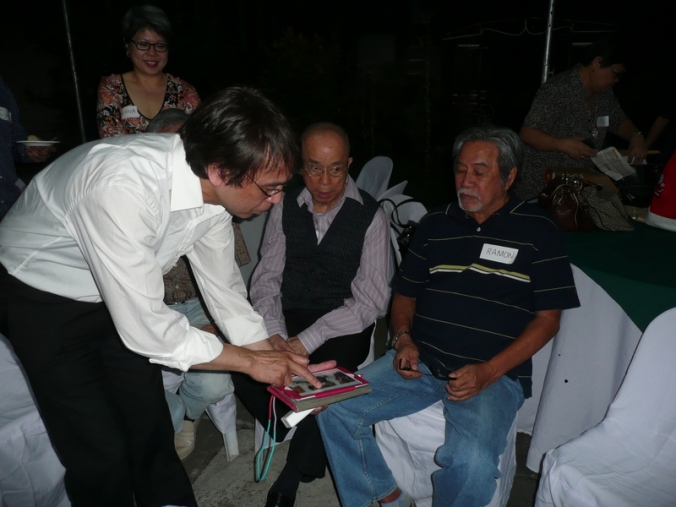 Jun showing to a relative some possible links as we trace who belongs to whom.

After the grand reunion, another mini reunion in Sisa’s Secret Resaurant (Laguna) with the descendants of Antonio Asuncion (brother of Justiniano Asuncion, 1816) Dr. Ruben Yatco (seated in front), Christopher Yatco (in red shirt, son of Ruben) and Christine Eustaquio. Christine, the lady in white blouse, is a great, great granddaughter of Romana Asuncion (daughter of Antonio Asuncion and portrayed by Justiniano  who later married a Carillo-Trinidad in Binän, Laguna). Her daughter, PATRICIA PEREZ EUSTAQUIO, is also a visual artist represented by Silverlens Galleries in Manila. 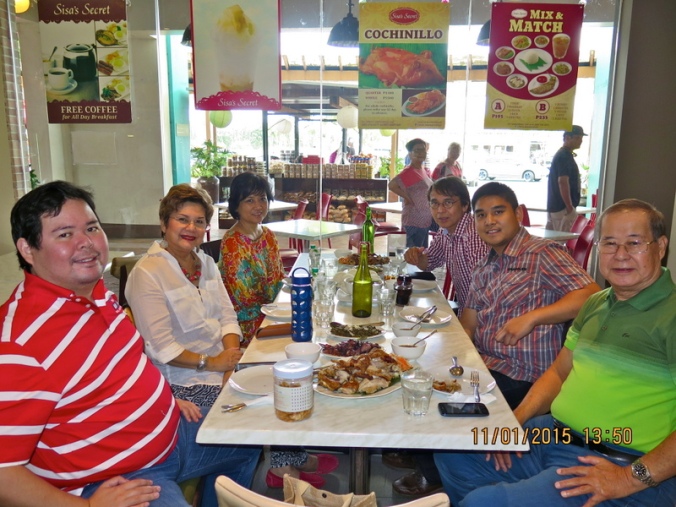